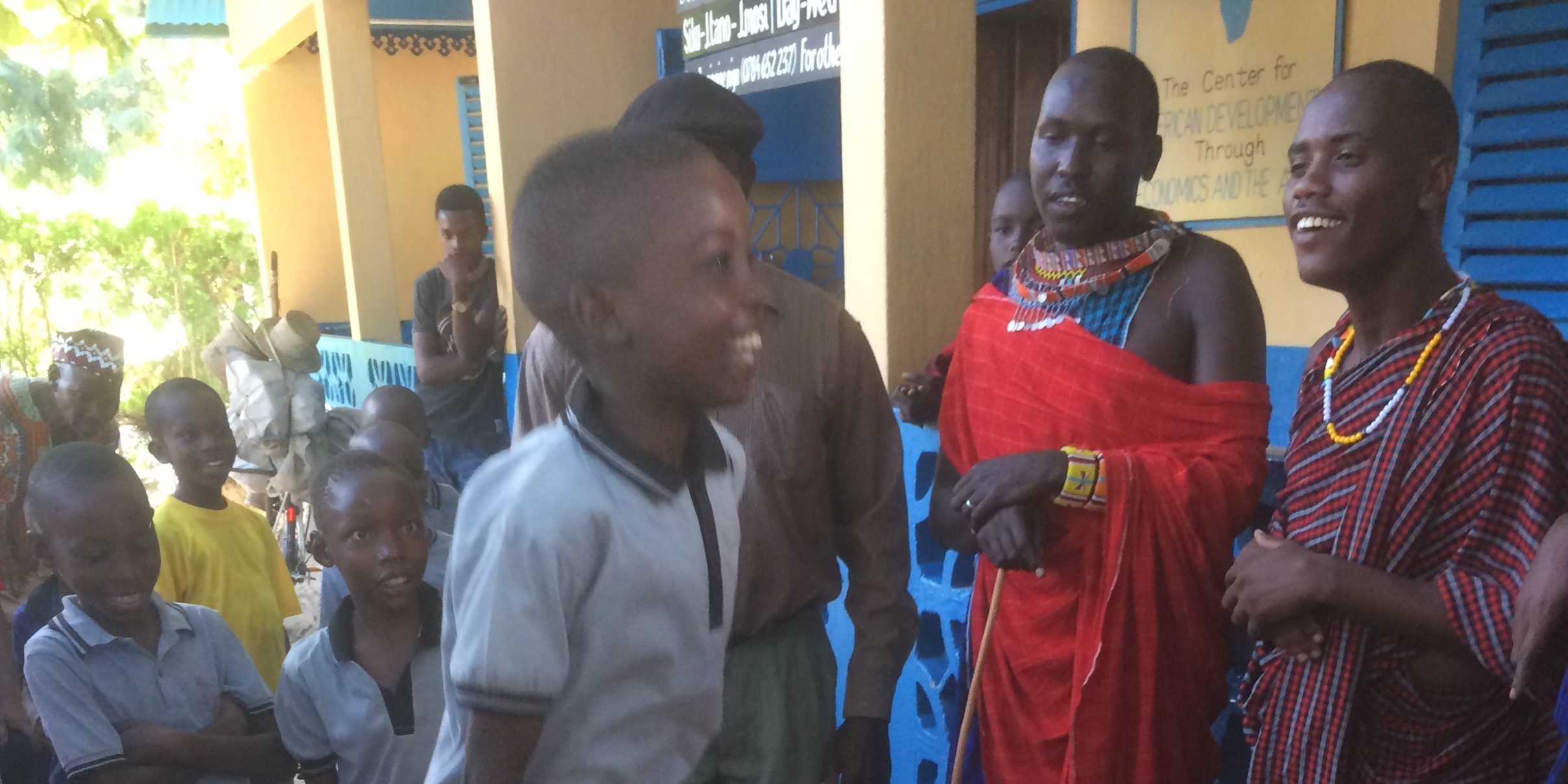 ADEA
is a registered 501c3 Not for Profit and all contributions are tax deductible.

Contributions can be made online at www.ADEAAfrica.org
by PayPal or a check payable to ADEA at the address above – Your support is
greatly appreciated.

Welcome to July’s Newsletter! Thank you for taking a moment
to hear what’s happening over here!   –
Douglas

A Fieldtrip to Kilwa

From the John Maxwell book that we studied together, 3
Things Successful People Do, I better understand that for my team to reach
its potential and gain more self confidence and vision I need to provide experiences
that will grow and excite them.  I have
benefited much from travel to museums and historic places throughout my life.  So I decided to take Chilumba, Ulendo and
Tatenda (along with a driver friend) to visit the ruins of the historic city of
Kilwa Kisiwa, and the town of Kilwa Kivinga just four hour north of Mtwara on
the Indian Ocean coast. They were in awe of what they saw and delighted in what
they experienced.  Naturally, as an
educator, I had required reading before leaving. We read up on the history of
Kilwa and the establishment of Persian city state settlements along the coast
from Mogadishu in the north, and Kilwa in the south. We read of the gold trade
beginning at the mines of Zimbabwe, and the export of ivory, tortoise shells
and slaves to the Arab, Indian and European traders.  We read of the feuds, conquests, and defeats
between in city-states that resulted in disunity and facilitated the Portuguese
conquests in the sixteenth century and the ultimate domination of the East
African coast by the Sultan of Oman in 18th century who made Zanzibar his
capital and to control the entire coast and inland trade route to Lake Tanganyika
until European colonization took control of most of Africa in the 1880s.

With this foundational understanding of history they were
able to better make sense of the ruins and surrounding communities. I also
found them eager to ask questions as we made our way through the ruined palaces
and mosques (of which is said to have numbered more than ninety-nine).

My team was very thankful and enthusiastic for the trip
saying that visiting these places helped them better explain the history of East
Africa spanning the past 700 years, and the shifting settlements of the
Africans, Arabs, Persians, Omanis, and Portuguese to the visitors and students
at our museum.  They are eager for more
such fieldtrips!

Since my last newsletter we
have continued to host our JMP (Juma Mosi Poa – Cool Saturday) events. Each week
guest presenters are invited to share their stories. Some tell about their work
as fishermen, carvers, or basket makers, others like the Maasai or elders with
scarred faces and lip plugs tell of their cultures, while musicians and
painters have told of their art. The presenters are asked to recall times when
they were children so that the young visitors can connect.  Each presentation is combined with a hands-on
activity from learning to carve using a cassava, jumping with the Maasai,
painting faces in the tradition of face scarring, or learning how to make a
fish trap.

The foundational intent of
all the activities of Juma Mosi Poa is encouraging the children to ask question
– something usually discouraged at home and in school. By engaging people who
they will encounter in the community through questions they can have a deeper
understanding of the people, work and culture around them. We want to keep them
wondering and asking.

You can learn more about the Jumomosi Poa days and see more
pictures and even a video on the blog page of our website.  https://makuyamuseum.org/makuya/blog-makuya/

Last week we had a Beni dance group come with their drums and
flute.  Drawn by the music we had over
165 visitors, stretching our capacity to the limits.  A new and bigger museum complex is
needed.  Stay tuned in for developments
on that.

On Wednesday, June 26, we
traveled to Esukuta Primary School (EPS).   At 10:00 a.m. we gathered with two-dozen or
so parents and grandparents, the kindergarten teachers and the 93 kindergarten
I and II students.  The head teacher
introduced me with thanksgiving reminding the students and parents that is was
ADEA that founded the school many years ago, and that I was back to present to
the students sting-packs with learning games and pictures.   Next, the kindergarten children sang their
version of the ABC song.

Lastly, I presented
educational string-packs on behalf of ADEA and the Children’s Ministry
department of my home church, University Presbyterian Church (UPC). I explained
the meaning of the symbols and abbreviations on the bags, and how the children
and teachers of UPC had worked together to block print the bags, laminate the
game pages, and prepare the bottle caps.
The notebook with pictures of the assembly process from World Market
Sunday was passed around for everyone to see. I showed them the card of UPC and
Seattle, explaining that we also have our big mountain near our home – they
have Mt. Kilimanjaro and we have Mt. Rainier. I showed them the world map with
the arrow beginning at Seattle and ending at Rombo. I held up the laminated
playing cards and bags of bottle tops and I asked them why they thought we
would use bottle caps for these games. One teacher understood how they were
something that could be easily replaced if lost. I said, “Exactly!”

I then explained that
these games are not merely for the children to whom they are given, but they
are to be shared.  They are to be used by
everyone to learn the alphabet and math, especially for the children at home
and at neighboring homes who cannot be in school due to the cost of school
fees.  I encouraged the students to help
other children learn the ABCs, and that even their parents and grandparents
could also use them to learn.

Everyone was happy and
thankful.

EPS has nearly 500
students enrolled with 13 teachers.  It’s
exam results ranked the school 8th from the top out of the 523 schools in the
region. Annual school fees range between $9 and $28.50 – even so some families
cannot afford these fees.

The Challenging Life of Maasai families in Rombo

The day prior to distributing
the educational string packs to the kindergartners at Esukuta Primary School
(EPS) we visited a few of the family bomas (homesteads) to get a sense of how
and with whom our students lived.  Though
some of the older children had not yet arrived home and others were already
busy with chores (such as caring for younger children, collecting water, and
herding the sheep and goats) we were able to take pictures of some homes with
parents, grandparents or other siblings who were not studying due to lack of
money for school fees. The poverty that consumed the Maasai of Kajaido, Kenya
after the confiscation of their land by the Kenyan government to establish the
Tsavo West and East game reserves was painfully obvious.  Once strong, independent, and wealthy with
hundreds if not thousands of cows per family, this population of Maasai were
expelled from the majority of their lands. Their former large tracks of land
had allowed these nomadic people to follow their herds to fresh fields of grass
and watering holes, as is the tradition of all Maasai. Without their land their
herds were decimated from overgrazing and thirst with no access to water in the
dry season. This community of Maasai has been confined to a narrow strip of
land squeezed between the Tsavo West park border and Mt. Kilimanjaro.  Then recently, the epic drought of 2007-2009
eliminated up to 100% of what meager herds remained of their cows, goats and
sheep. My friend Grace had 200 cows in 2007; only one remained in 2009. It was
their woeful understanding that their children would not have the cattle that
had previously granted sustenance, security, and dignity to their Maasai life that
motivated them to request a school from ADEA for their children in the hopes
they could have an alternative future, one that the parents were unable to
offer.

Now these family eek out a
living by fathers and older sons going to the cities looking for risky security
jobs, while the women and children manage small herds and sell milk in town
hoping to earn enough for daily meals.
Despite the fact that tuition at the school is only between $9 and $28
annually (except for class 8 boarding costs of $143 for intensive prep for the
graduation exams), many families still cannot afford to enroll all or any of
their children in school.  School fees
are needed because only five of the thirteen teachers are provided by the
government – the remaining must be paid for by school fees – $100 a month (in
contrast to the $450 – $660 paid to government teachers), and to pay for the
cook and security guards.  I was told
that it is the local underpaid teachers who give their hearts to the
children.  While the government teachers
are less passionate (in a way this is understandable because to teach in such a
school is a hardship for any urban-trained non-Maasai teacher).

Per tradition, Maasai
families are large, many in Esukuta are Catholic and some are polygamous.
Children were once essential for managing the large herds – the large herds are
gone, but the status associated with many children continues.

Despite extreme hardship,
loss and hunger these people are amazingly resilient and gracious.

Tatenda
Mandenga – a gift to the team, we hope he will return

From May 17 to July 17 we were blessed to have Tatenda Mandenga,
my third “son”, with us in our ADEA office in Tanzania. He was here
to assist us and get a feel of how things work here.  His happy and encouraging spirit was a gift
for the whole team.  Though the initial transition
to the dull town of Mtwara was tough with its basic food choices, afternoon
heat, and language challenge, he ultimately settled in and was a great
help.  He was the cameraman during my
visit to the Esukuta Primary School in Kenya and at our Juma Mosi Poa (Cool Saturdays)
events in Tanzania.  He also was blessed
company to me as an English speaker with broader world experience. Not to
mention he is a good and eager and creative cook! The team loves him and it is
our hope that we will be able to secure the funds needed to bring him back to
manage our social media and website presence.

Asante  (thank you) Tatenda
for your hard work, beautiful spirit, and clever mind! Your cheer and overuse
of the 20 Swahili words you mastered are missed. Karibu tena Tanzania!!

A Request to Invest

This
is a message & request that some of you will have already heard but I want
to share it with everyone.

All contributions
are tax deductible

Single or monthly contributions can be made through
UPC by check (memo: Douglas McFalls – ADEA) or credit card.

FREQUENT FLIER MILES
are helpful – even if they can only get me as far as Europe.

I can be reached by email: douglas5mcfalls@gmail.com