We’ve just never done it that way before!

You are here:
ADEA Artisan Work 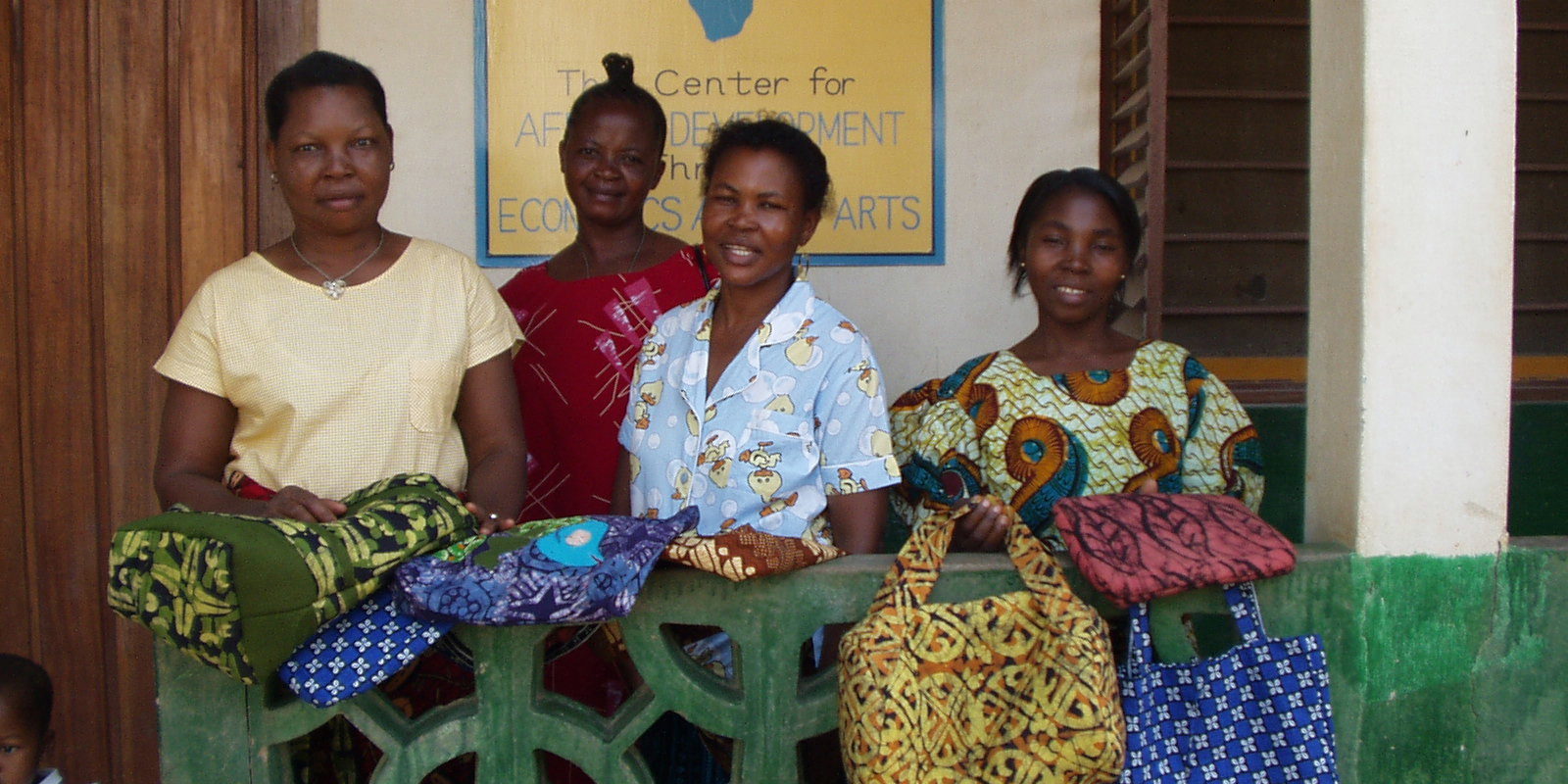 I was initially invited to Tanzania to help women with some knowledge of sewing to start a group to support church and families.   Their initial challenge was their misconception about tourists. “We want to make things for visitors, but most of the people who visit here have money, and people with money buy plastic imported products.”   They mistook their understanding of the desires of visitors with that of wealthier Tanzanians in the town. I explained, “Make it like your grandmother made it: by hand, with natural materials.” They found this 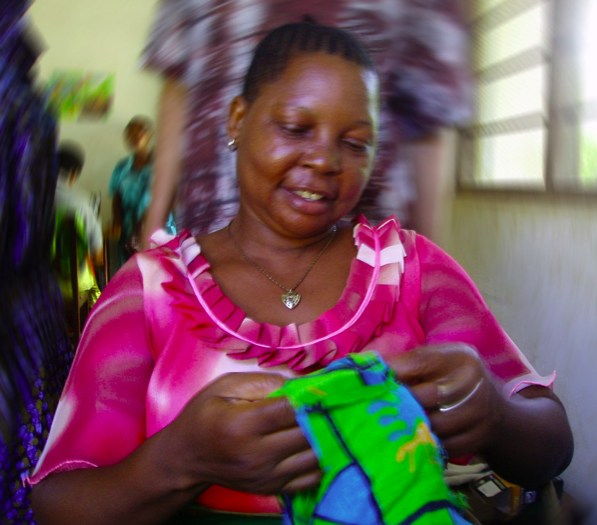 very funny and named their group “checkcheka”, which means laughter in Swahili. 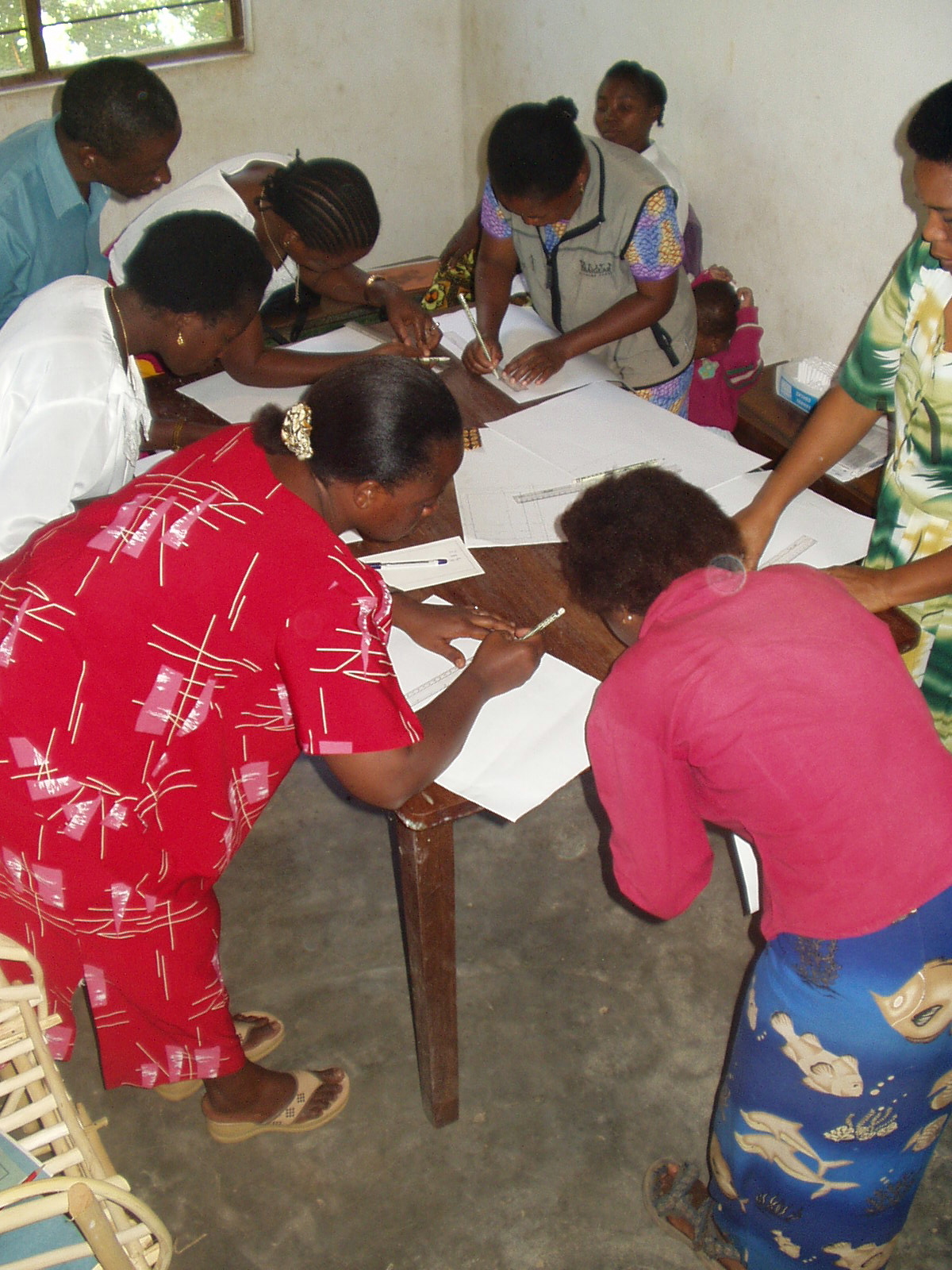 Though these women had sewing experience, none of them had ever used a pattern before. This meant that for every product they made they had to measure out each time the needed pieces, and that every time the final product was different.   I knew that any buyer would expect a product to be very similar to an original sample, so I gave a course on using patterns. I decided to start with making an eyeglasses case. This, I thought, would be very simple. There were six women in the course. I explained to them the purpose of using a pattern. Together we measured out on cardstock to the desired size with the addition of a seam allowance. We then used a piece of tape to mark the seam allowance on the sewing machine. Then, together we all sewed glasses cases. They were all amazed that they all came out the same.   So I sent them home with the task to make three glasses cases each over the weekend. The following Monday the women came together for the class, and each put their cases on the table. What was before me were 18 glasses cases of different shapes and sizes! No two were alike. None of the women had followed the class instructions. If one of them had succeeded I could blame them for not being cooperative students, but since all of them failed the problem must be me. So I asked, “Help me understand. On Friday we all worked together with the patterns and marking our sewing machines to make uniform glasses cases. But no two of these cases are the same. I need you to tell me what happened.” I waited for a reply. And I waited. Finally one woman said to me, “We’ve just never done it that way before.”   So I started the class as I did the first day.   Step by step we used patterns to make the glasses cases. I instructed them to go home and make them exactly as we did in class. The following class we had 18 identical cases. This shows the challenges regularly faced in developmental work in Tanzania when introducting new approaches to anything to culturally homogenous and isolated populations. This also demonstrates the value of longer-term programs.

The foundational purpose to these blogs is to invite financial support that will allow ADEA to keep our team paid, and our programs going and improving. Please consider a one time or monthly gifts.

I was initially invited to Tanzania to help women with some knowledge of sewing to start a group to support church and families.   Their initial challenge was their misconception about tourists. “We want to make things for visitors, but most of the people who visit here have money, and people with money buy plastic imported products.”

The Challenge of Sitting Allowances
April 25, 2018