“What is the history of Zanzibar? We have an exam tomorrow!”

You are here:
MaKuYa Museum 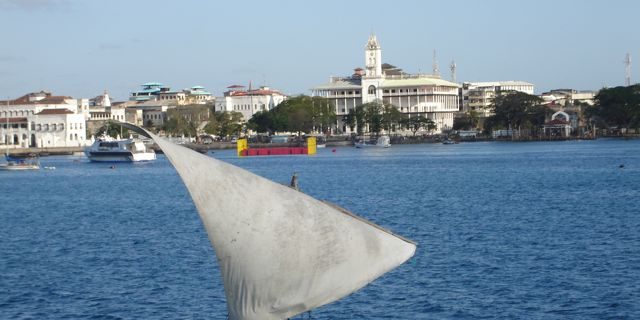 Last week eight class-six (sixth grade) primary school students came to our museum to ask if we could tell them what impact the British had on the islands of Zanzibar to help them prepare for their history exam the next day.   Though very last minute, we were encouraged that these students thought to come to us for help in their history classes. I knew a few facts about Zanzibar and some rough dates and they knew the names of a few sultans, but overall we were unsure. Since they were on their lunch break we said we’d like to help them, but we needed some time to do some research on the internet. They agreed to return in the afternoon. So, off they went back to school, and we to the Internet (things have changed a lot since 2003 when I arrived in Tanzania. Back then there was no Internet or mobile phones).   It was very interesting for us to learn more about the British impact on Zanzibar – and even more exciting to consider how we might help students with their studies.

After the students left, I realized it might be best to speak with their teacher to understand what was being taught and what would be on the test – versus what we might learn in our research in case there was discrepancy. For example, the students said Zanzibar had been colonized by Great Britain, but we learned it was never a colony but a British protectorate – but did the teacher know that? One cannot assume anything. So our museum manager, Saidi Chilumba, went to meet the history teacher. While at the school he also spoke with the Head Master. They had both passed our museum but never visited. Because the exam date for the kids was that afternoon (not the next day as they had thought – poor kids) there was no rush to review Zanzibar’s history that afternoon.   The Head Master and history teacher were very interested to meet with us, and so we have arranged a meeting that will include three additional teachers. As for the students, despite having already taken the exam, they came back still requesting a Zanzibar lesson (so that will take place soon).

Our ultimate hope is that our meetings with teachers might reveal possible collaborative opportunities to either improve their subject matter knowledge and/or provide a place of subject review for students.

For a bit of background, teachers in Tanzanian face several challenges. One is that the majority of teachers are selected from Form Four – “O” Level – students (similar to the USA 10th grade) who do well, but do not pass the national exam that leads from “O” (ordinary) Level to “A” (advanced) Level which can lead to university and professional jobs. Additionally, for secondary level teachers, “O” level class textbooks and exams are in English, but the majority of “O” level teachers don’t speak English – neither do their students. Lack of English or any other global language makes Internet research near impossible for all levels of teachers (even if they have access to it).

FYI – Here are important dates we found related to British engagement in Zanzibar:

Reminder: The foundational purpose to these blogs is to invite financial support that will allow ADEA to keep our team paid, and our programs going and improving. Please consider a one time or monthly gifts.